The Art of Being Rejected

Today I ran .6 miles. I could have played five games of Bejeweled Blitz in that time. I am not very good at running.

It seems like the only thing I have the endurance for is getting rejection after rejection (with some respite, lately). I have been practicing the art of being rejected since I was eighteen, or probably before that, if you count not making sports teams (see first paragraph re: running). Sure, it takes a really good poet to make it in POETRY, or to make it in the Paris Review. But I also think it takes a really good poet to get told no by POETRY and the Paris Review and hundreds of other magazines and keep writing and submitting anyway. Unless, of course, the reason for being told no so often is that the work terrible tripe. Then it takes a really terrible poet with a lot of stamina. 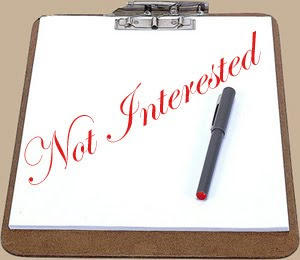 I think it also takes a really good poet to receive a mountain of rejections and take them with grace. As much as we'd like to think writers as a race are a great tribe of people, it's not all that uncommon for a rejected writer to reject his rejection. I mean it. I've heard some pretty hilarious stuff. My writer friend Roxane (one N, co-editor of PANK) has even considered making a book about rejected rejections. I know I would buy it. Who doesn't feel great about herself when seeing another person acting like a total crapshow?

All this to say, I'm feeling pretty happy with where I am right now in my writing career/life. So far I haven't responded to any rejections (that I can remember), and it seems to be working out for me, this keeping my mouth shut thing. Getting rejected also builds character, like manual labor and being forced to hang out with acquaintances from high school.
Posted by Brett Elizabeth Jenkins at 6:58 PM