On Tuesday of this week, I was given the opportunity to participate in just one part of SHORE, Emily Johnson's multi-day performance. The part of SHORE I got to take part in was a curated reading. I gave a short reading along with seven other talented writers at the Loft in Minneapolis. A new and exciting thing for me! The rest of SHORE features volunteerism, dance, and feasting (probably my favorite of all four things). I saw the call for submissions on the Loft website. Emily curated this reading and asked that we send in pieces that were strongly tied to the idea of home, place, and land. 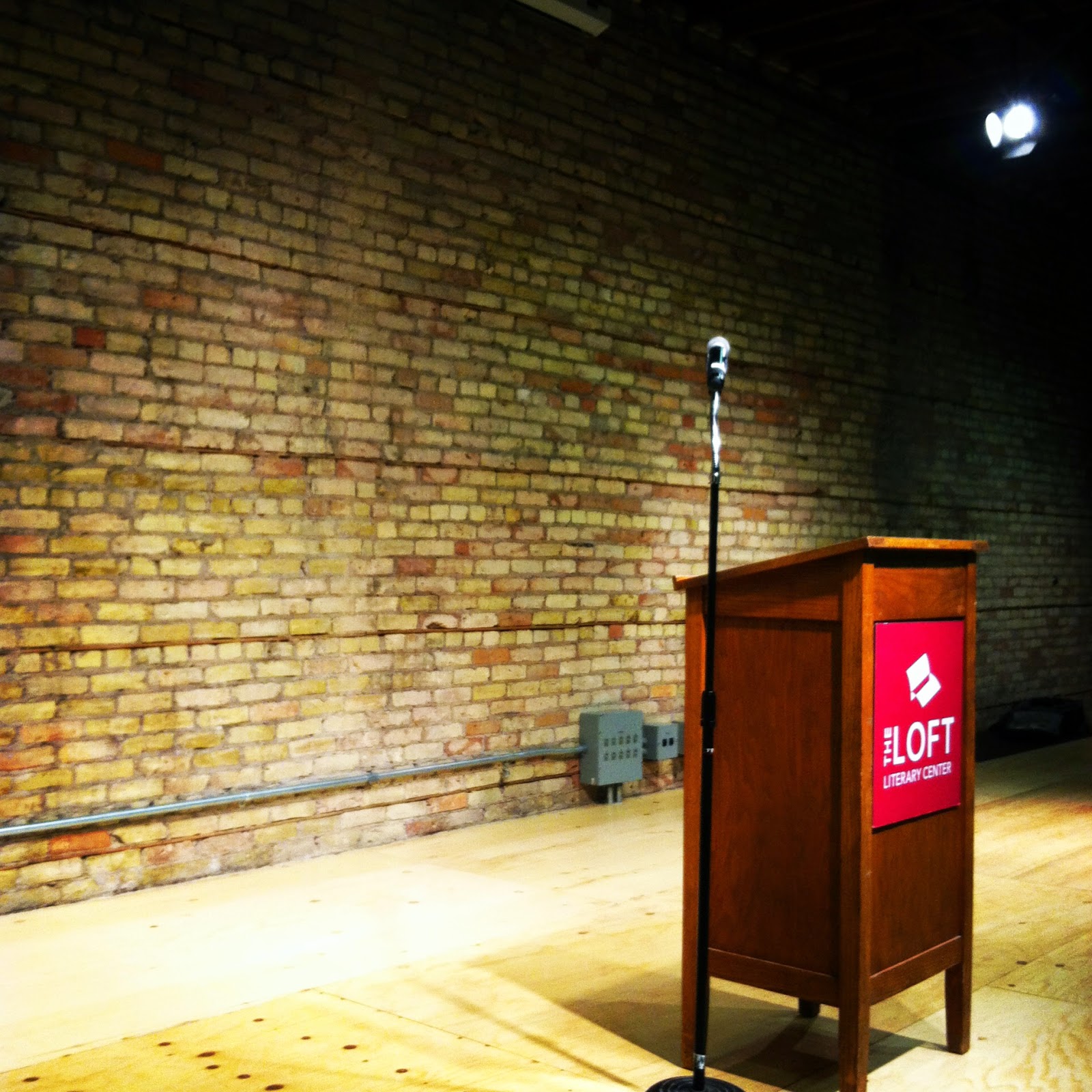 The town where I grew up is called Oak Harbor, and it's very small. When I say very small, I mean very small. The 2010 census clocked in around 2,500 people. I have friends who went to high schools bigger than that. I thought I really hated growing up in such a small town where everybody knew everybody's business, but then a few years ago, I pretty much barfed and all these poems about Oak Harbor just started coming out of me. I read four of them at the reading

The last poem I read was called "The House Does Not Look Burnt." It was published in an earlier version in Issue 27 of Neon Magazine in 2011. Three stanzas from the end of the poem, I just burst into tears. I made it to the end but kept apologizing and, thank God, there's even a video of this.

I was so embarrassed. I had never read the poem aloud at a reading before and had no idea that was going to happen. But after the reading, a lot of people came up to me and said "Hey, that's happened to me. Don't worry about it."

I'm not really sure what to do with this information. I did watch the video, like a scary movie: with a see-through scarf in front of my face, as if it would shield me from the embarrassment I felt. But it wasn't as bad as I remembered. I didn't have red snotty cry face, like I do when I cry at home. I just figure, when else am I going to get the chance to cry in front of a big group of strangers? So I'm posting the video here, because this is the true meaning of yolo.

If you want to see me read all the poems, I'm near the end of the reading. I get introduced around 1:03:48. If you have time, you should watch the whole thing--especially because at one point, Paula Cisewski reads three dazzling poems. If you just want to see the public crying, skip to 1:08:14. Also, if you've cried in public you now owe me a story.
Posted by Brett Elizabeth Jenkins at 12:59 PM