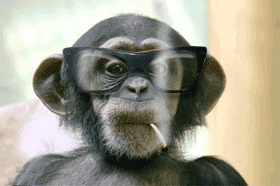 I haven't blogged since last year! Yes, I'm sick of hearing and making that joke over and over in different contexts, but I just said it aloud to my husband and since he had to suffer it, so do you.

It's a brand new year, like it is every twelve months, and I get to decide what to do with it. Last year I was newly married, living in a tiny apartment (still in that tiny apartment), blogging and writing and not going to the post office. I'm still doing most of that. Well, all of that, I guess.

Last year I got my chapbook accepted for publication by NAP.

Last year we drove my old car to a buncha places on the east coast.

Last year I got over 100 rejections.

Last year I became the managing editor of Specter and the poetry editor of Stymie.
Last year I bought the most magical shirt from a thrift store around the block from our apartment.
Last year I chopped down a tree and put that sucker in the living room. (Okay, so Will cut it down and I pushed on it until it toppled over.)
Next year I have all sorts of big plans, and will put down my resolutions here so that I don't mess it up and forget about them. And so that you can point and mock if I abandon them.
1. Get into at least one “top tier” journal.

2. Do at least one poetry reading. (This will be easily accomplished, as I'm reading twice at AWP.)

3. Lose fifteen more pounds. (I think that should do it.)

4. Read fifty two books. (That’s only one per week. I failed hard at my goal for last year, meaning I read like, fifteen books, max.)

5. Run a half marathon. (This is a lofty goal, but I’m registering for one that's not until September. I feel like if I spend the 45 smackers, I'll be more likely to commit to it. I do love money very, very much.)

6. Enter ten writing contests. (I don’t have to win any of them, I just have to try to win them.)

8. Write at least 250 poems. (Last year my goal was to write one a day, and I wrote approximately 250. I’ll strive for that again)

9. Put together another chapbook. (My first one, Ether/Ore, is coming out in April.)

10. Work on my full length manuscript. (It’s being read by one company right now. If they don’t pick it up, I'm going to do some major redecorating.)

11. Miscellaneous. The usual, and some not so usual: make a conscious effort to be happier, stop cutting my own hair because my hairdresser gets mad when I do, take more pictures, write more things down, learn new recipes, exercise once a day, make more things, dress better, all that.
And the resolution I've had since I was twelve or thirteen, which I have yet to do: teach a monkey to smoke.
Posted by Brett Elizabeth Jenkins at 5:16 PM