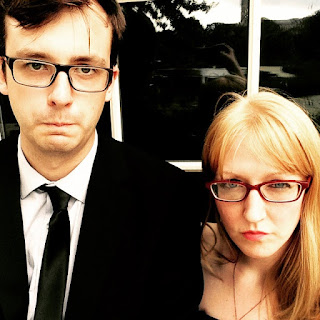 I'm only partly joking when I say that 2015 should get out of here. Obviously, first thing, I have no control over time, so I don't really have a choice in the matter. The Earth keeps spinning rapidly on its axis, and I eat breakfast and go shopping and the universe does not look out for me. Second thing is, disregarding some of my more prominent troubles (mostly medical), 2015 wasn't as bad as I maybe thought it was. I often get stuck on the bad things that happen and can only see those. (Take middle school, for instance.) But I made myself sit down and make a list of the things I accomplished in 2015, and I would like to put them here.

I met my nephew.

My sister had a son, Rocco, in November of 2014. We were going to travel down to see him that Thanksgiving, but we got in a car accident just a few hours into Wisconsin, totaled our car, and had to come home. We were able to go down and spend a week with them over Easter, and it was amazing.

I completed my first Whole 30 Challenge.

In February/March, I tried Whole 30 with a few friends, and remarkably I stuck with it. I cultivated some good eating and health habits that have stuck with me (somewhat...), and I felt really great, now that I think about it. I think I may do another Whole 30 this year, starting in February.

I taught my first J-term class.

I pitched and taught a class on ghost stories in January at St. Thomas. There were only five students in the class, and it was one of the more fun courses I've taught to date. I'm also looking forward to this coming semester, when I will teach a class on poets under 30.

My chapbook, OH NO EVERYTHING, was released in March.

My buddy Aaron King started a press expressly for the purpose of publishing my poems, for which I could not be more grateful. We had a big party on my birthday. I turned 29, and my book turned 1 day old. If you want to check it out but didn't get a print copy, you can get it online as an ebook for a buck!

I took over the Maeve's Reading Series in NE Minneapolis.

Previous curator and founder of the Maeve's Cafe Reading Series, Matt Mauch, handed over the reins to the poetry reading series at AWP, which was the first reading I helped with, and the last one Matt had a hand in. I hosted my pilot reading in June, and our next one will be next Saturday (an all-women lineup)! I can't wait.

I played the hell out of some Dungeons and Dragons. 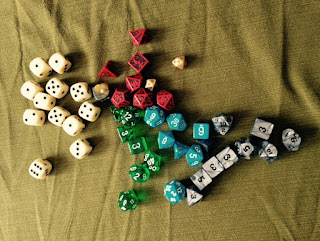 Having never played before, it was interesting to embark on this magical journey with a bunch of other people who had also never played before. Our intrepid Dungeon Master, Reinhardt, explained everything (many times over) as we pillaged and murdered, and eventually we got the hang of it. My character is an elf named Carlton Beerjug. I don't feel like I have to say much else.

I did a buttload of poetry readings.

Got experience working in a factory.

Over the summer I worked in an aluminum can making factory in downtown St. Paul. I'm hoping to go back next year. I did lots of random administrative things, organized weird rooms that hadn't been organized in years, inspected cans, and generally was a jack of all trades, which is my specialty.

I got a lot of writing done in the factory on my breaks and lunches. I wrote about 100 poems during the three months I was employed there. I didn't send very much out in 2015, but I'm planning on getting my butt into gear on that front in 2016. 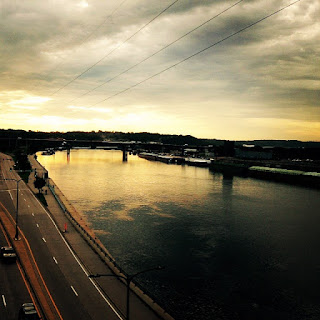 I got a few acceptance in the poetry world.

I was in one of the last issues of PANK before they changed hands.
I have two poems coming out in an issue of Gargoyle Magazine this month!
Two poems were published in an issue of WomenArts Quarterly early this year.
And I got an acceptance from BOXCAR; a poem for which I was nominated for a Pushcart Prize!

I also won a Best of the Net Award.

My poem "Eve" was published originally in Sundog Lit and I got the news in February that it won Best of the Net for 2014. This news made me dance in the living room.

I also did a bunch of other exciting things: celebrated weddings, my own five-year wedding anniversary, and a trivia win at Galactic Pizza before my friend Kristin moved away. I filmed some episodes (with Kristin) of What Did You Look Up On Wikipedia, including one about yoga and farts (my favorite so far).  I got a record player, played a LOT of board games, and did a lot of yoga (worked on handstand and floating, which are my two favorite things to do in yoga). I went blonde again, learned how to throw a football, went to a baseball game, and found competent medical care (FINALLY). I went on a few short vacations and one long one, to Florida. I published some amazing work with my partners Molly and Jenn in Tinderbox Poetry Journal. I got stung by a wasp, got an MRI, and laughed a lot, cried a lot, and spent time with people who matter. I think that counts as a year that's worth it.
Posted by Brett Elizabeth Jenkins at 4:07 PM